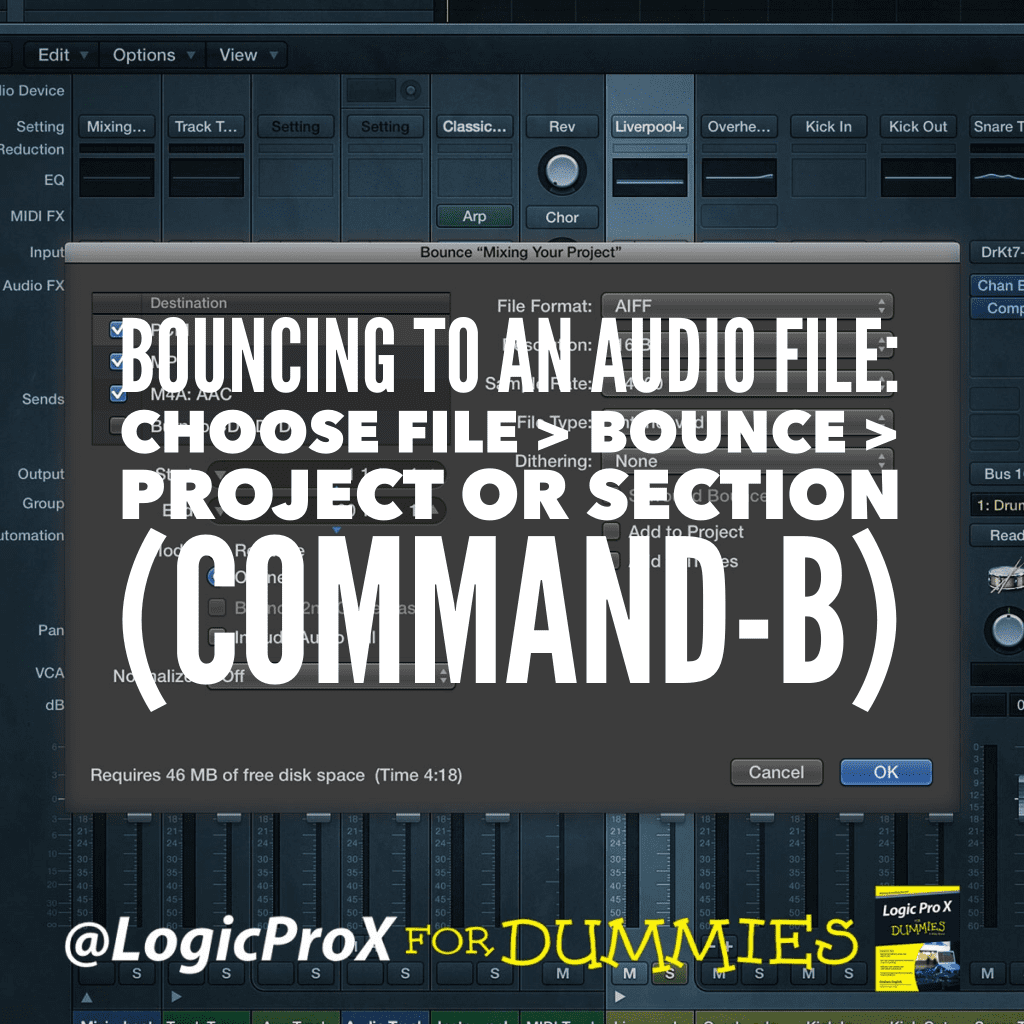 Bouncing several different versions of your final mix is a common practice. Clients have different needs, and alternate versions of mixes can cover all your bases.

Sometimes, artists need versions of a mix without the vocal for performing live to backing tracks. You may even need to bounce groups of tracks separately, creating a stem mix.

Whatever your needs, bouncing alternative mixes and stems is easy using Logic Pro.

Stem mixes have many uses:

The fastest way to create a stem is to solo the tracks you want to include in the stem and bounce as described on page 327 of Logic Pro X For Dummies.

Name and catalog your stems clearly. That way, they’re easy to recognize and you won’t accidentally leave out individual tracks.

The stems you create will depend on your project and collaborators:

If stems are required, you can meet the demand.

You can also use track stacks to build and organize your stems. By using track stacks, it’s easy to solo or mute the instruments in the track stack for bouncing the stems.

When it comes to mixing popular music, you can make several common alternate mixes. And it’s probably best to make them even if no one asks for them.

Making an alternate mix takes little time, and you may end up liking one of the alternates better.

Find out more about mixing, mastering, and sharing your music in Chapter 19 of Logic Pro X For Dummies.
Share152
Tweet
Pin
WhatsApp
152 Shares

Graham English is a musician, entrepreneur, and the best-selling author of Logic Pro X For Dummies.
View all posts by Graham English →

Connect with the Author 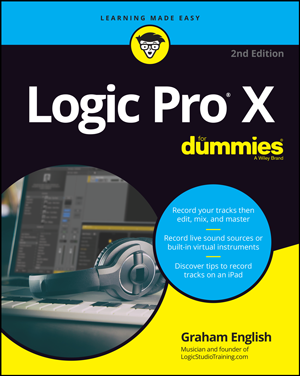